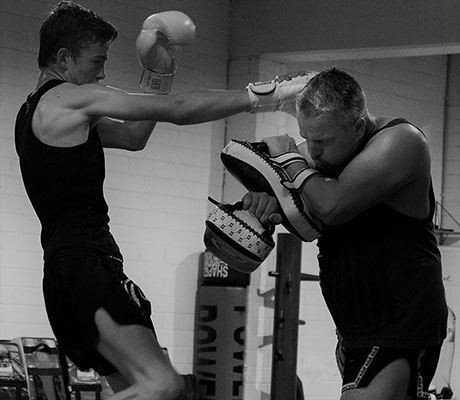 Muay Thai originated in Thailand and evolved from military combative arts. Commonly referred to as the ‘Art of Eight Limbs’ it incorporates punches, kicks, elbows and knees to utilise the entire body as an effective weapon.  SKM Muay Thai Kickboxing classes will teach you basic and advanced techniques from Muay Thai, Kickboxing and Western Boxing. You will learn how to kick, punch, elbow, knee, clinch and defend.  These classes are high impact and focused on skill whilst developing strength and endurance.  Whether your focus is on competition, self defence, fitness or weight loss, SKM will help you get there! Typically, each class consists: a warm up, self defence, static techniques, focus mitt and thai pad rounds, sport specific endurance, core strengthening and stretching. 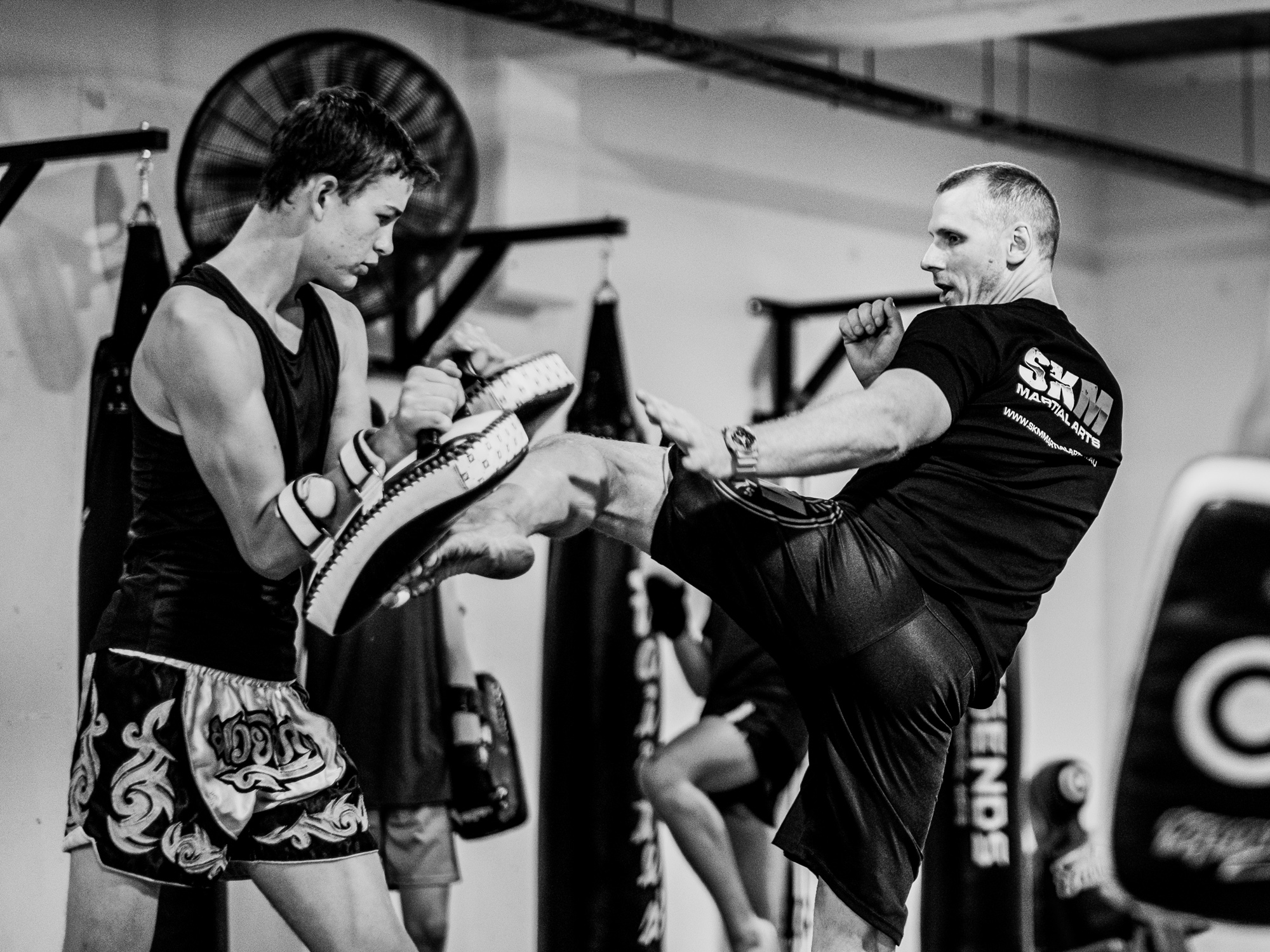 Advanced Muay Thai is designed to push the physical and technical limits of competitors or those wanting to train like one. This is a 2hr class and consists of; 30mins run (including hills and sprints), 1hr group training, 30mins of clinching, sparring and more conditioning. These classes are compulsory for our fighters. Equipment required gloves, mouthguard, groin guard, head gear, shinpads, elbow pads. 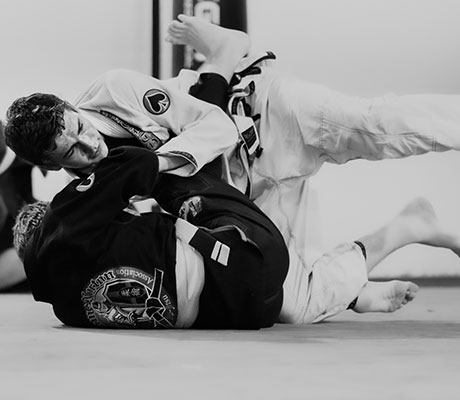 Brazilian Jiu-Jitsu (also known as BJJ or Gracie Jiu-Jitsu) is predominately a Ground Fighting and Grappling martial art which places emphasis on position and leverage rather than strength or power.  A BJJ practitioner prefers to take their opponent to the ground and control or submit them with the use of joint locks and choke holds. The effectiveness of BJJ is undeniable and can be easily applied against larger or stronger opponents. BJJ has become particularly popular since the introduction of the UFC where fights were being quickly dominated by the use of its techniques with great precision.

Regardless of a person’s ability to punch or kick, many fights end up on the ground with attempts to outwrestle one another. For a BJJ practitioner, this is their domain where they will quickly apply their maneuvers and manipulate their opponent into a submission.

Traditionally BJJ training is performed wearing a Gi which is similar to a Judo uniform. This allows the practitioner to learn the complete system including using the Gi to assist in the application of the techniques.  No Gi BJJ is a more modern approach which is commonly performed wearing MMA style shorts and a rash guard/vest.

Although many of the techniques remain the same, both present different challenges and opportunities that additional clothing presents.

So who is this class for? It is suitable for everybody and no previous is experience necessary. If you are looking at becoming a complete martial artist and being competent in all ranges and areas of combat, BJJ is an essential element 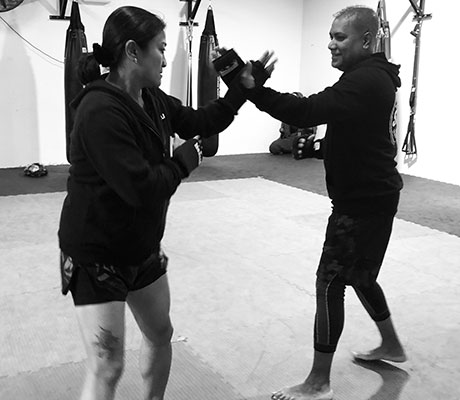 Wing Chun is a Southern Chinese system which specialises in close range combat. It was the first martial art studies by the late Bruce Lee which he later developed into his own personal style of Jeet Kune Do (JKD).

Wing Chun relies on economy of movement and avoids fighting force with force which allows a practitioner to prevail against larger or stronger opponents. It is incredibly fast and efficient as you will learn how to block and strike simultaneously. These classes will occasionally incorporate training with or against weapons (JKD/Kali).

Wing Chun is low to moderate impact and excellent on its own or in addition to training Muay Thai and/or BJJ. Wing Chun/JKD are not designed as competitive sports but rather as practical, effective self defence systems. 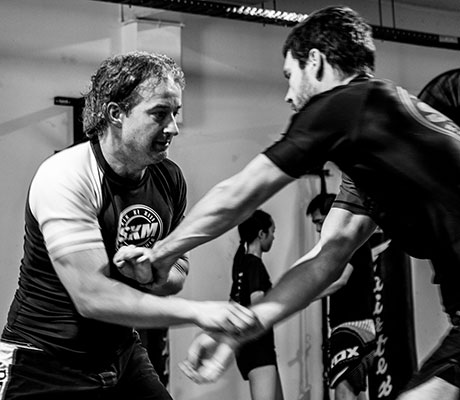 With the popularity of the UCF, Mixed Martial Arts (MMA) has become a global name.
MMA is a blend of numerous styles which are most commonly (but not limited to); Boxing, Kickboxing, Muay Thai, Wrestling and Brazilian Jiu-Jitsu.
MMA is one of the most rapidly evolving sports in the world. The techniques used by MMA athletes truly expose the more combative and less combative art forms.
As MMA is constantly pressure tested, its evolution and development is automatic and limitless. Encompassing no nonsense sports like Boxing, Muay Thai and BJJ, provides students with some of the most effective and practical fighting styles.
Our MMA classes include; punches, elbows, knees, kicks, clinching, take downs, positions, submissions and of course ground & pound (striking whilst on the ground).
Although MMA is an aggressive and combative blend of martial arts, we train safely, intelligently and progressively 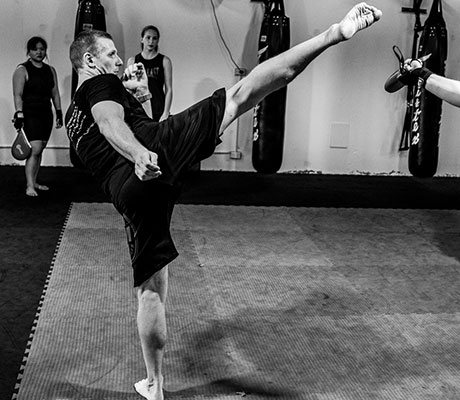 Kickboxing is stylistically different than Muay Thai as it originated from combining the kicks of Karate and Taekwondo with the punches of Boxing.
Our Kickboxing class will teach the full dynamic range of kicks from these arts incorporated with the combinations of western boxing.
The class involves lots of static work (to develop precise technique), mitts, shields, paddles, bags, partner drills and light sparring.
If you want to; take your kicks to a new level, improve your boxing, compliment your Muay Thai, improve your flexibility, become a more knowledgeable martial artists, this class is for you. 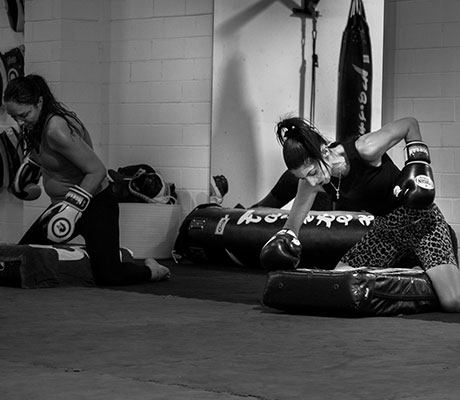 Muay Thai X is designed to teach you the fundamentals of Muay Thai and get you shredded in no time.
Classes combine Muay Thai techniques along with our energising HIIT circuits, a variety of body weight,
TRX, Kettlebells and Battlerope drills. A serious sweatsession with plenty of laughs and fun amongst the
hard work. No previous martial arts experience is necessary and it’s suitable for any level of fitness. 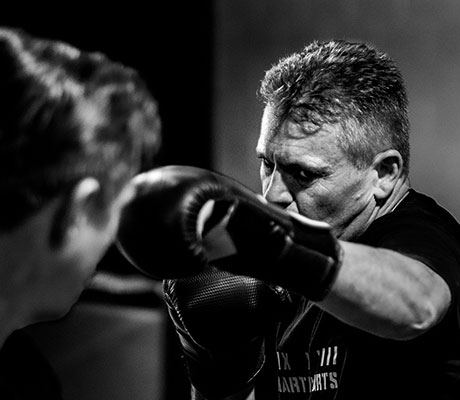 We also offer Corporate Self Defence Workshops.  These can be catered to the specific needs of your industry or group and  sessions can be performed within the workplace or at other venues.

GET IN TOUCH WITH US TO FIND OUT MORE! 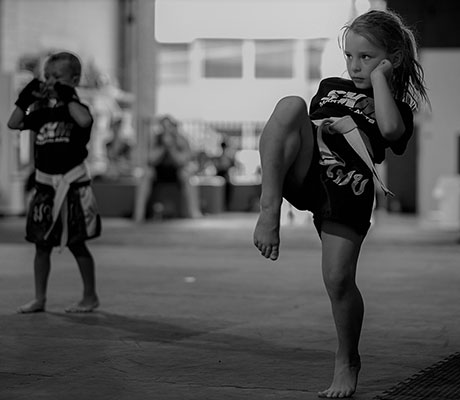 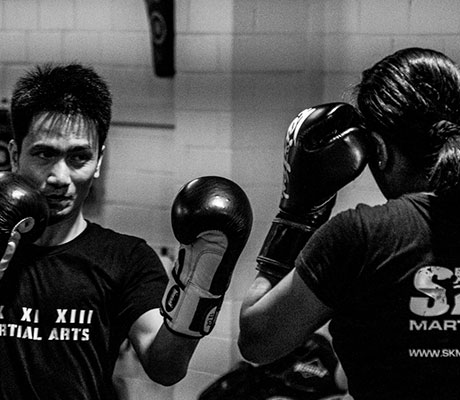 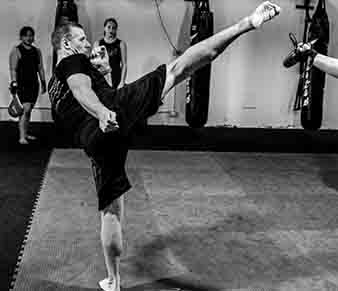